It’s always a great morning when you wake up to fantastic news! Today on Twitter we received a tweet from @mobyaffiliates letting us know that we made their list of Best Mobile App Promotion Network & Agencies. In fact, we are delighted to see that we are right at the top! 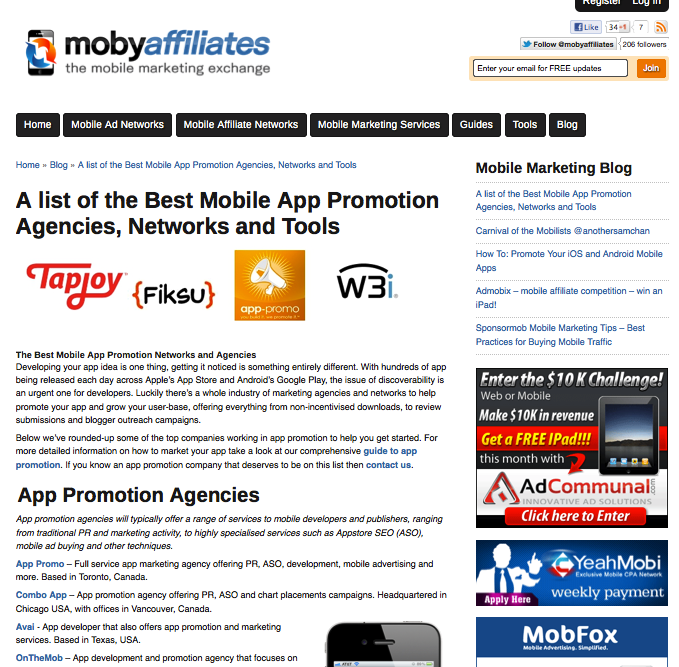 Mobyaffiliates put together this list to help guide developers looking for assistance with discovery for their app to the best resources out there offering marketing and promotion services. You can check out the full list on Mobyaffiliate’s site.