youtube linked in twitter facebook
Home / [PRESS RELEASE] Why Be the Mayor of Your City When You Can Be King: Funton Games Challenges iPhone Users With Their New Check In Social Gaming App City King 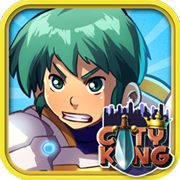