App-Promo app launches on Windows Mobile platform providing tips, articles and tutorials on how to succeed as an app owner in today’s marketplace

App-Promo, a leading app strategy and app marketing firm, announced today the official launch of their Windows Mobile version of the App-Promo app. The App-Promo app is an effective tool for app owners, brands and developers alike to learn the secrets of app marketing in order to increase downloads and overall app success in the marketplace. The app is also available for sale for iPhone, Android, BlackBerry and Nokia QT for $6.99 in app stores or by visiting http://www.app-promo.com/mobile.

The Windows Mobile App provides tips, articles, case studies and a 101 series aimed to educate and equip the mobile app owner on how to promote and market their application in order to increase discovery and ultimately downloads and activity for their application. Topics related to app store optimization, search engine optimization, social media use, PR and blogger outreach and contests and promotions are covered.

App-Promo has helped many brands and app owners increase their market presence of their app to their target audience. The goal of the app was to take this experience and expertise and package it up in an affordable product that would reach a wider audience. Launching a version on the Windows Mobile platform is a key part of this plan seeing that the app is now available in five of the major mobile app storefronts.

The App-Promo app can be found in the Windows Market for download at $6.99.

App-Promo is a leading app marketing and app strategy firm based in Toronto, Ontario, Canada. Founded in 2010, App-Promo’s mission is to assist global brands to achieve success with their mobile apps across platform. 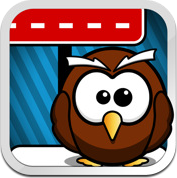 Check out this video of our very own Tom Emrich’s interview with Dice Network at AnDevCon II. The number one issue and concern of Android app developers is how do I get my app discovered and distributed. If your app is not one of the top 50 apps in the Android Marketplace, no one knows it exists. At the Android Developers Conference, or AnDevCon, in Burlingame, California, Tom Emrich and his colleague Gary Yentin of App-Promo, a PR and marketing firm for apps, offered up some advice.