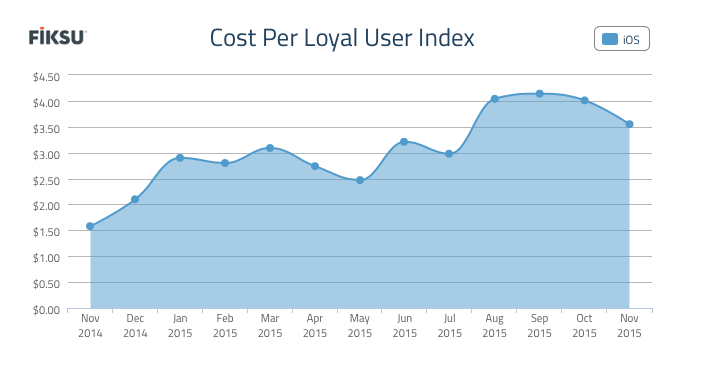 The cost to market an app soared throughout 2015 reaching all-time highs for both iOS and Android. App makers were granted a slight reprieve for both Android and iOS in November, according to the most recent indexes from Fiksu. Though the downturn was slight, it’s the first month since August in which costs dropped for both mobile platforms.