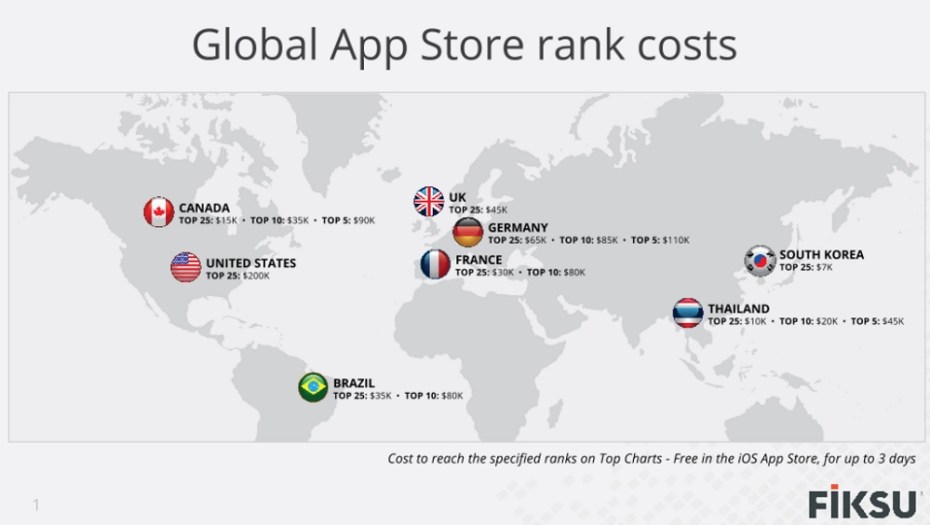 It can cost $200,000 in advertising expenses to push an app into the top 25 ranks in the U.S., according to data from mobile marketing firm Fiksu.

Fiksu analyzed what it costs to reach the top ranks in the iOS app store around the world. While the U.S. is the most expensive, it costs only $15,000 to hit the top 25 ranks in Canada.

Tom Cummings, director, account management at Fiksu, said in a statement, “Visibility in the iOS App Store is a great way to get more organic downloads — but climbing the ranks can be hard. Paid app promotion to generate downloads can help propel you to the top of the charts – but cracking the top 25 overall free apps in the U.S. is an expensive proposition. We’ve calculated what it takes to get to the most visible ranks in App Stores around the globe and complied the results to give you some alternatives to the pricey U.S. market. While the U.S. App Store remains the most lucrative, marketers with the option of promoting in other countries should at least consider app marketing that takes advantage of much lower costs to get top 25 visibility or better.”