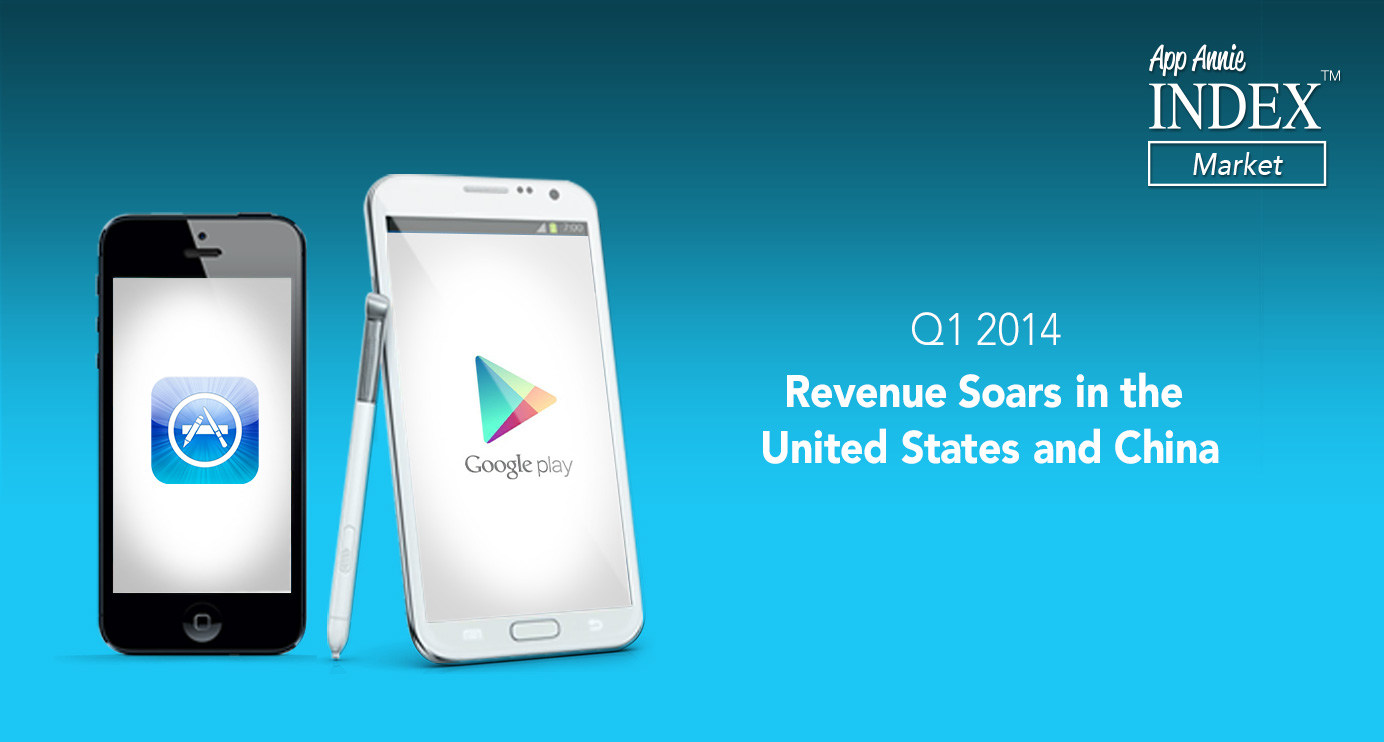 @Apppromo follows the App Annie Market Index and found the results for Q1 2014 very significant in terms of revenue in both the US and China markets. Please review and enjoy the following excerpts from the latest Market Index.

The information contained in this report was compiled using App Annie Intelligence, the industry-leading market data solution for identifying opportunities in the app store economy. It provides the most accurate market estimates for global app downloads and revenues – to learn more, take the tour or request a demo today.

Growth in Google Play downloads was driven by explosive growth in emerging markets, with Mexico and Turkey showing themselves as markets to watch. According to IDC, smartphone adoption has grown rapidly in Mexico, increasing around 75% in 2013 and expected to grow by approximately 40% in 2014. Over 65% of these devices used the Android OS, and this proportion is expected to increase in 2014. In Turkey, significant investment in IT and prominent technology projects as part of Vision 2023 and the FATIH education project are contributing to rapid device growth. According to IDC, IT spending is expected to increase around 9% in Turkey this year, driven primarily by the adoption of smartphones and tablets.

iOS App Store revenue growth was driven largely by China and the United States. However, impressive growth extended to smaller markets such as Vietnam and South Africa. Games remained the key category for revenue growth, but Finance apps also gained markedly, with worldwide category revenue growing around 45% quarter-over-quarter. This was boosted by the performance of TurboTax 2013 during tax season in the United States.

Games also topped growth in Google Play revenue, but other categories also saw notable revenue growth. In particular, Communication saw huge gains, and News & Magazines made a significant contribution. While emerging markets drove Google Play download growth, it was established markets such as the United States and United Kingdom that contributed the most to narrowing the revenue gap with the iOS App Store.