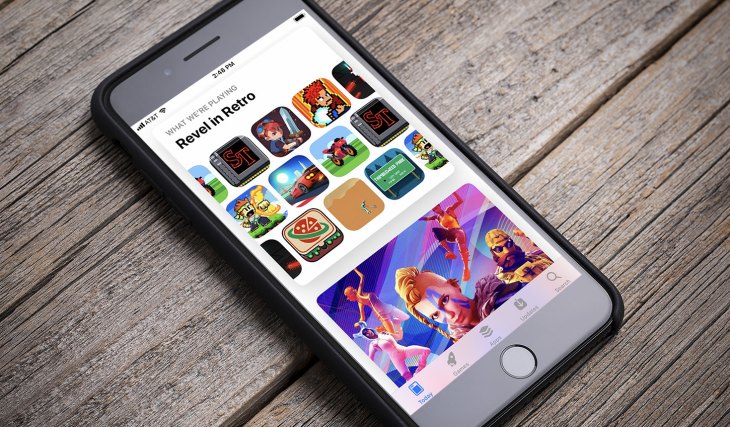 Apple’s push to get developers to build subscription-based apps is now having a notable impact on App Store revenues. According to a new report from Sensor Tower due out later this week, revenue generated per U.S. iPhone grew 36 percent, from $58 in 2017 to $79 last year. As is typical, much of that increase can be attributed to mobile gaming, which accounted for more than half of this per-device average. However, more substantial growth took place in the categories outside of gaming — including those categories where subscription-based apps tend to rule the top charts, the firm found.

According to the report’s findings, per-device app spending in the U.S. grew more over the past year than it did in 2017. 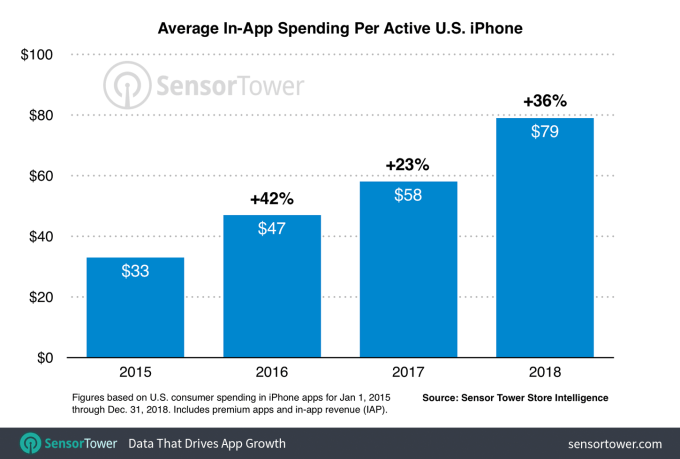 However, 2018’s figure was slightly lower than the 42 percent increase in average per-device spending seen between 2015 and 2016, when revenue grew from $33 to $47, noted Sensor Tower.

As usual, mobile gaming continued to play a large role in iPhone spending. In 2018, gaming accounted for nearly 56 percent of the average consumer spend — or $44 out of the total $79 spent per iPhone.

But what’s more interesting is how the non-gaming categories fared this past year.

Some categories — including those where subscription-based apps dominate the top charts — saw even higher year-over-year growth in 2018, the firm found. 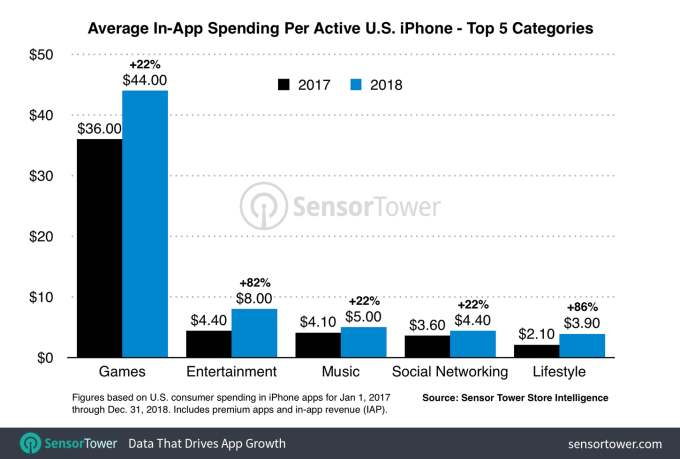 Other categories in the top five included Music and Social Networking apps, which both grew by 22 percent.

The news comes at a time when Apple has reported slowing iPhone sales, which is pushing the company to lean more on services to continue to boost its revenue. This includes not just App Store subscriptions, but also things like Apple Music, Apple Pay, iCloud, App Store Search ads, AppleCare and more.

As subscriptions become more popular, Apple will need to remain vigilant against those who would abuse the system.

For example, a number of sneaky subscription apps were found plaguing the App Store in recent weeks. They were duping users into paid memberships with tricky buttons, hidden text, instant trials that converted in days and the use of other misleading tactics.

Apple later cracked down by removing some of the apps, and updated its developer guidelines with stricter rules about how subscriptions should both look and operate.

A failure to properly police the App Store or set boundaries to prevent the overuse of subscriptions could end up turning users off from downloading new apps altogether — especially if users begin to think that every app is after a long-term financial commitment.

Developers will need to be clever to convert users and retain subscribers amid this shift away from paid apps to those that come with a monthly bill. App makers will need to properly market their subscription’s benefits, and even consider offering bundles to increase the value.

But in the near-term, the big takeaway for developers is that there is still good money to be made on the App Store, even if iPhone sales are slowing.