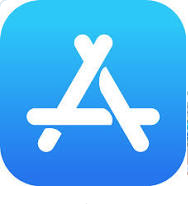 AppsFlyer, the global attribution leader, today released the 10th edition of its Performance Index. Google hit the #1 spot in the power ranking (Measuring both quantity and quality of app installs) for the first time since AppsFlyer launched the Index in 2015. The search giant’s success can be largely attributed to its performance on Android and its App Campaigns product.

Low retention and high uninstall rates across the industry are driving app marketers to increase their retargeting efforts: The second half of 2019 showed a 20% increase in the number of apps running retargeting campaigns compared to H1.

Facebook is in a league of its own in AppsFlyer’s Retargeting Index, thanks to unrivaled targeting capabilities and its proven Dynamic Ads product. Facebook also dominated iOS with the #1 power ranking in 17 out of 19 global segments in the Performance Index across gaming and non-gaming categories.

Google may be second when it comes to retargeting, but it’s growing faster with a 44% rise in its share of the retargeting pie, compared to Facebook’s 5% increase.

Google’s success in the Performance Index can mostly be attributed to its stronghold on Android, with the #1 position in 16 of 23 global rankings across gaming and non-gaming categories. On Android, Google has increased inventory and improved measurability across its numerous assets, generating significant scale and top quality.

Covering the second half of 2019, the 10th edition of AppsFlyer’s Performance Index is the most segmented to date with 252 segments sliced by region, platform, and category (including new categories such as Finance, Entertainment, Travel, Photography, and multiple Gaming genres). Overall, Edition X covers 25 billion installs, and 52 billion app opens of over 16,000 apps.