We are pleased to be working with Blue Ant Media on the launch of their new digital magazine Travel+Escape for the iPhone and iPad.

Get a head-cam view and behind-the-scenes look at the world of wingsuit flying with Norway’s champion BASE jumper, Espen Fadnes. Learn about the state of space tourism and what to expect in years to come. Readers can discover luxurious retreats, chic boutique hotels, oddball accommodations (including an Arctic ship hotel) and swipe through stunning retina-quality image galleries. Watch full-screen videos, including a high definition time-lapse of a serene Yosemite National Park.

Already a top-rated travel-themed television channel and online destination, the decision to launch Travel+Escape Magazine as a digital only offering echoes the premiere issue’s key message of pushing the limits. Parent company Blue Ant Media is not new to making such a bold decision. Last year, Blue Ant Media launched a digital only magazine for their entertainment channel, AUX, which hit #1 in the App Store charts and went on to win an award for Music Magazine of the Year at the Digital Magazine Awards.

Travel+Escape Magazine is currently only available for iPad and iPhone users on the App Store with an Android version to follow. The magazine contains a free preview as well as two issues for purchase. Individual issues are priced at $1.99 and a yearly subscription is also available at $14.99. The App can be downloaded for free from the App Store today.

App Promo was really excited to take part in a recent podcast with ASO Professional, The App Store Optimization Blog.  Thanks to Gabriel Machuret for a great interview with really in depth questions resulting in an informative and entertaining podcast!

Submitting your application to the platform app store is a must but it doesn’t stop there. There are many third-party app marketplaces like Amazon, GetJar, Handago and AppBrain, which your audience is using to find apps for their device. Reach out to these stores and submit your app. The more places you are the better your chances are that users will find you.

Our 2nd Annual Developer Survey will look at how developers are financially performing (including by platform) with their app and is now open and running until May 5, 2013.

Last year we found that nearly 60% of app developers are not breaking even with the money they are generating with their apps. This news was illustrated in our “Wake Up Call” infographic which was picked up by the likes of Mashable, Into Mobile, Read Write, Venture Beat and more and our white paper summarizing all of the results has been downloaded over 2,100 times since its release.

This year, we hope to uncover some new powerful stats about the app publisher and developer community as well as to follow-up with app owners to see if more are seeing success with their apps.

We will be creating an infographic and white paper to publish these results which will be made available at the end of May of this year. If you aren’t already signed up for our newsletter to receive these results, you can do so by providing your information on the last page of the survey.

The survey runs from April 15 through to May 5, 2013. Please share it with your colleagues! Results will be made public the end of May 2013. As a thank you for completing the survey we are giving away the chance to win $1,500 in App Store Optimization services by a member of our team.

Thank you for all your support! 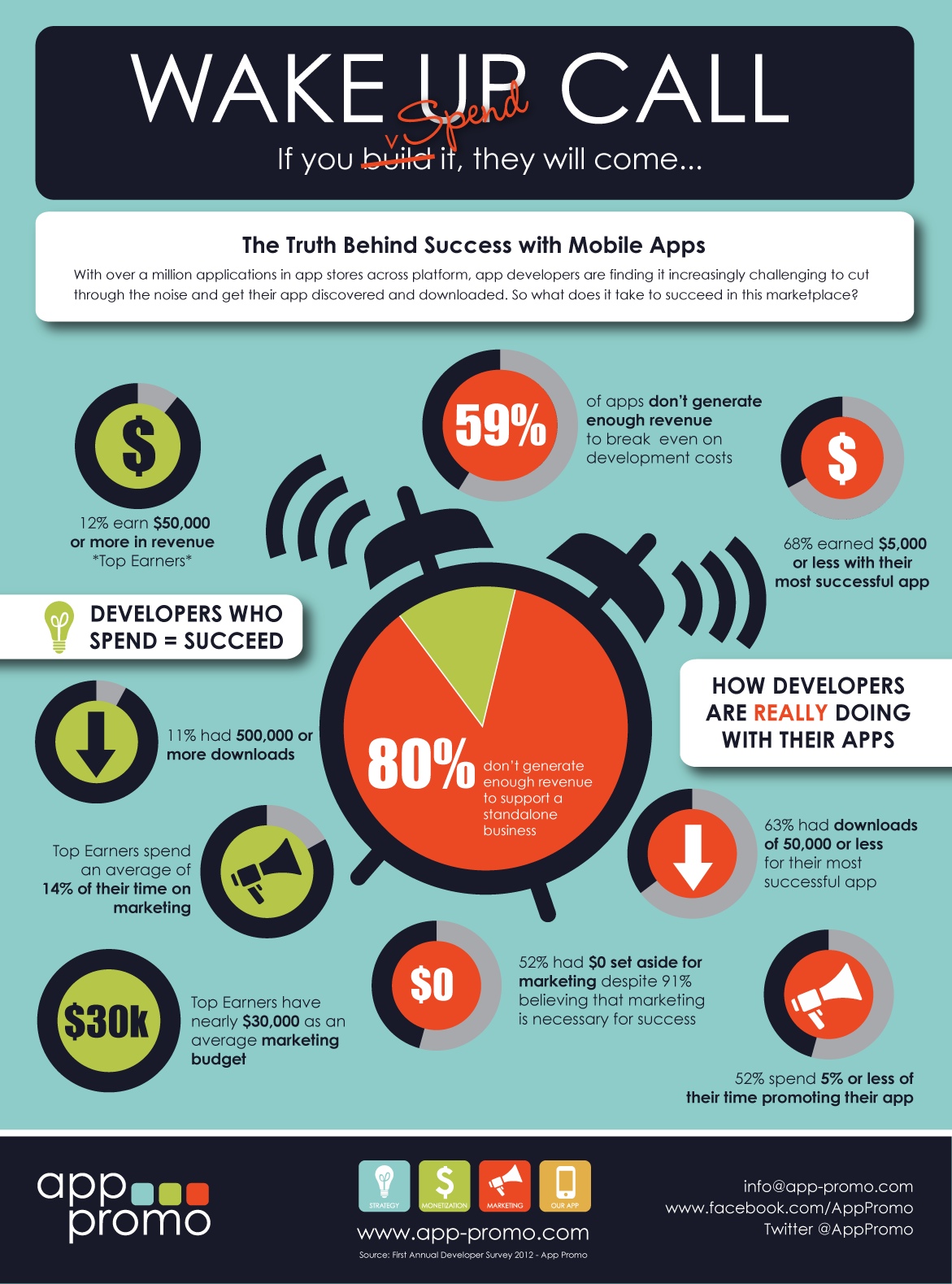 Ratings & Reviews are not only a great way to hear from your users but they help you stand out from the crowd – good or bad. Ratings denote activity and activity is thought to increase your rankings in the app store charts. Encourage your users to review your app by including a call to action both in and out of your app. Reviews will not just help you climb the charts, they will also help guide the direction of your roadmap.

If your goal is downloads then be explicit with your call to action on all your marketing collateral. Specifically call out the word “Download” in your messaging to make it clear what you want from the user. Make sure you link out to destionation where they can click to download. Most likely this will be your app page in the app store. Avoid sending users to another informaiton page which will just increase the risk of losing them and the download of your app.

Use international chart tools like PositionApp and Distimo Monitor or AppAnnie to understand what other markets your app is seeing success in. Pinpointing the geographical hot spots of your app will help grow the your understanding of your target audience and should be fed back into ongoing app marketing decisions.

Using your app store app page as the destination for your marketing is a smart idea but one problem is visibility of traffic to this page. Increase your monitoring by using a link shortening & tracking service like bit.ly or create a page re-direct from your own website. Not only will you be able to better understand how many people checked out your app page, you will have created a much smaller and better looking URL to use for marketing purposes (especially Twitter).

Your app icon, in many ways, is as important if not more important than your app name. It has the most real estate in the app stores and especially on a user’s homescreen. Make sure to spend the effort and the resources on your app icon so that it will compel users to download and open your app. Keep it simple. Avoid too much text. And be creative.

Spread out your app releases and marketing efforts to spike download and usage activity, especially if you find yourself in the charts. Timing is key for marketing and you will want to make sure that you don’t waste valuable marketing opportunities on an overstimulated audience. Don’t be afraid to let your chart rank or buzz come down a bit before you hit the market with another reason to use your application.